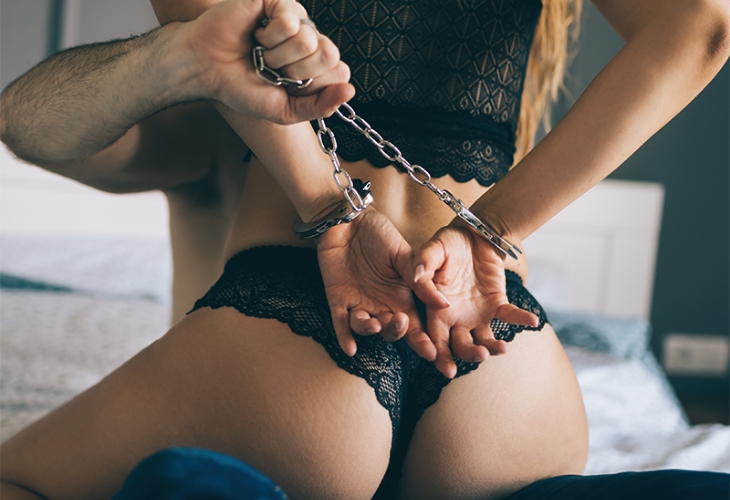 There are more misconceptions about D/s relationships than I could possibly address here. Like all lifestyles and cultural phenomenon, D/s relationships are often not understood by non-participants. There is also the subject of religious bias, sexual hang-ups and fear of the unknown – including the underlying appetites of those making judgements. Humans are, after all – highly judgemental – especially when ignorant.

I will address here five common misconceptions about Dom-Sub lifestyles and relationships. You will note that I have used the plural ‘lifestyles’ and ‘relationships’! I do this in recognition of the fact no two relationships – Dom sub or otherwise – are the same. As with any relationship, every D/s relationship has its own characteristics, conventions, protocols and rules. While Dom – sub relationships might have more rules than some other relationships – those rules will vary as much as individuals vary. While D/s relationships can involve terms like ‘submissive’ and ‘slave’ – no two submissive people and no two slaves are precisely the same. Certainly, no two Masters. Mistresses, Dominants or Owners are the same.

How can a relationship that all parties agree to enter and gain satisfaction from is unhealthy? I would argue that it would be irrational to describe any relationship as unhealthy – based on its form or label – especially when no two relationships are the same.

I would argue strongly that any relationship – vanilla, D/s, or otherwise is unhealthy when one or other of the parties involved is unhappy or in the relationship against his or her will or better judgement.

A Dom- sub relationship is dysfunctional.

I have been in 6 D/s relationships and have found them all quite functional. They tend to run very smoothly, with few if any arguments and disputes. Indeed, I have found almost without exception that the Dom-sub lifestyle encourages a very positive relationship.

Where both parties enter into a D/S relationship voluntarily, they tend to do so, after some considerable thought – often more so that with other relationships. They then enter a relationship that usually has clear rules and protocols which encourage functionality.

No relationship runs smoothly all of the time. But in my experience, D/s relationships based on the Dom-sub lifestyle run more smoothly than most with less conflict encouraged with clearer parameters and expectations.

The Dom – sub lifestyle is disrespectful.

All of my submissive partners and slaves have been women. This has led to suggestions of sexism. That my partners were female, however, had nothing to do with sexism and everything to do with the fact that I am male and heterosexual.

I have female friends who have a male submissive or slave, and I see nothing wrong with this. Each to their own. D/s is not about gender; it is about a lifestyle. Gender is only relevant in so much as sexual preference is concerned

More broadly, I have always respected my partners and still do long after relationships have ended. Equally, I know of friends in vanilla relationships who have little respect for their partner. Respect can and should occur in all relationships. I could not have a relationship with someone I don’t respect, but that does not mean I should be in charge.

Submissive people and slaves are abused.

I have not had a slave or submissive who had an abusive upbringing – at least as far as I was aware. Certainly, nothing in their day to day behaviour pointed to an abusive relationship. Further to this, most people who have had abuse upbringings are in vanilla relationships.

Certainly, within my D/s relationships, there has been no abuse – and my submissive partners and slaves will testify to this observation. Abuse should never be a part of the D/s lifestyle or indeed any lifestyle.

It is all about sex

In my experience, there is more frequent sex in a D/s relationship, but to suggest it is all about sex is absurd. I have sex with my current slave five or so times a week, but there is s great deal more to our relationship than sex.

Unlike most couples in 2020, we eat in a formal setting in a formal dining room each night. We talk a lot and generally about the significant issues in life. We watch movies and read books together. When there is no Coronavirus, we go out together often

We share an interest in politics, philosophy, psychology, and art. We go to concerts, show, and various events. We enjoy each other’s company well beyond sex – but sex is how we end most days – and I would have it no other way.

Don’t believe the gossip about D/s relationships, the Dom-sub lifestyle, slave training or being submissive. It often creates happier people than other forms of relationship.