Home » FUCK ASKING THE PERMISSION OF THE PRECIOUS AND PATHETIC

FUCK ASKING THE PERMISSION OF THE PRECIOUS AND PATHETIC 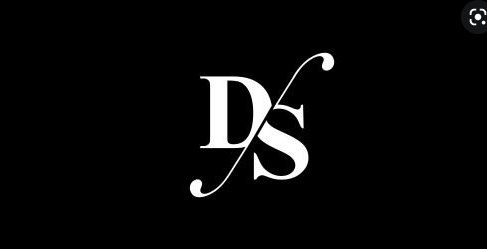 It was suggested that for reasons I will attempt to articulate, one should never be naked in public, have sex in public, dress as a pet or do anything in public (whether in the community or in a club) without either the active consent or the implicit permission of anyone who might view the event or scene. The reasons given for this include:

Well, I take a very different view. While I don’t condone any action, scene or happening that is illegal, I believe the interest of children needs to be considered, and the explicit consent of anyone actively participating is essential – I do not have any time for the view that broader consent is required. In my opinion, such a requirement is pandering to the politically correct – for whom I have little if any time. Regarding the three points above, my views might be summarised as follows.

If others can smoke in the streets, I can undertake any legal sex act.

Parents who struggle to explain curious things to their children or are precious about anything with a sexual sniff in front of their children also need to grow up. They also need to realise that it is not, in fact, their children’s welfare they are concerned about but rather the embarrassment they might experience – and I am not going to change anything simply to help someone avoid embarrassment. I cannot think of anything that would embarrass me because I am strong enough not to let things affect me.

If a man is walking down the street in a collar, dressed like a dog with a leash – the only thing a parent need say is – ‘he likes dressing up – just like you do’ – or the parent could grow up and just tell the child that ‘some people get pleasure from doing this. I don’t know why – but they do.’ This is being honest without going into detail. But it is not the child the parent is concerned about – it is their embarrassment. Pathetic.

I don’t care about people feeling uncomfortable – any more than other care about my comfort. It is not reasonable to go through life trying not to make people get emotional and feel uneasy about human activities that are legal and safe. I felt uncomfortable when the Australian public ignored the requirement for action on climate change and voted in Scott Morrison.

No one cared about my discomfort. Indeed, I just had to grin and bear it – as I should and as they should.

We live in an increasingly precious community – and I, for one, will not accept the social norms of such a community. We live in an increasing PC community – and I, for one, think it is making us weaker and less robust as a community. I do not believe in going out of my way to offend or create discomfort – but I will not bow to the pathetic hang-ups about sex and related subjects that drive this offence and discomfort.

We need to play within the law. We need consent from others we are playing with.
But I will be dammed if we need anything else.

All of this at least in part flow from the obsession people have with nudity and sex – an obsession encouraged by religions and religious groups. But why the obsession? We are all born naked. Up until a few thousand years ago, we all got around naked. Most of us have a penis, vagina or something similar. Most of us see sex on television or movies and many of us see it in real life – even if only to participate in. Being naked is entirely sane behaviour. Having sex is an entirely normal behaviour.
Given all of this, why does so much of our community avoid talking about sex in public, shield children from such conversations and generally work to ensure children see no nudity or kinky behaviour. Now, I am not suggesting that children should be encouraged to watch a sex act – but I will ask – how would it hurt them if they did? Most people have no idea – and having studied the issue – I have no idea. That aside – I am absolutely certain that seeing some-one naked, on a leash or dressed as a dog will hurt no one.
But the fact is – no matter how much people suggest otherwise – this is not about children. It is all about pathetic adults and their embarrassment and inarticulate parents who cannot explain the behaviour of others – and I will never let my behaviour be influences by the embarrassed, pathetic or inarticulate.

SIR D   Email your thoughts regarding this article and BEST PRACTISE to – lifeshierarchy@gmail.com.
Thank you.
SIR D